Well, it’s not flowers. I did have flowers, and all three of my juvenile trees were budding and flowering, but…as per the bipolar Colorado weather, it snowed.

I can only hope my poor trees and flowers make it. The pic above represents an A.M. situation. I’ve shoveled at least 2.5 feet at this point. I. Am. Tired. Still wouldn’t live anywhere else. Except maybe Key West. For a couple of months in the winter. On a boat.

Spring is also the time we clean, organize, and generally clear out, readying for all that comes with summer. Or at least, we attempt it. I’ve got a lot of attempts under my belt.

Last month, I reorganized my basement. My Beloved got a quiet room with a door for his office. The Darling Children also got their own office, also with a door. Everyone has space to go and work, and be quiet. Well, maybe not so much the DCs.

I got the loft. The loft has been where our main desktop sat for the last ten years. It’s also the place where things got dumped, shoved, and stored when we didn’t know what else to do with it.

I spent a good month working on my loft, now my Office of Awesome. It has all the decor I love – I don’t care if anyone else doesn’t like it. I do, and that’s what matters. It’s my favorite place to be in the house now, other than my bed. And my front room with the Christmas tree up. 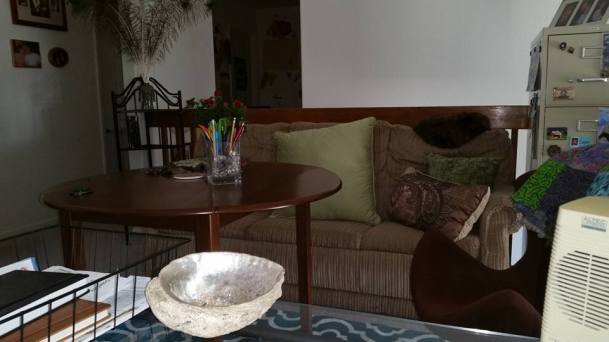 Sounds great, right? It is, and it isn’t. Now, the rest of the house needs to be organized. I got the main level done – a heroic effort was put in by all of us to clear out the debris that no one used or loved anymore. When I look around, there is so much less clutter.

That leaves only one place.

My closet and dressers. Dear lord, I am a terrible clothes collector. Ter-Ri-Ble. I have gone through the closet, and the dressers loom, waiting for some attention.

Once done with my room, the entire house will have been addressed, in some fashion. The work is never done, but it’s cleared out in a way that it hasn’t been in years. You all know how it is – kids, work, second work (writing), house stuff – the clearing out and paring down gets pushed waaayyy down the list.

But I’m making the effort. After forty-five years, I am finally becoming more organized than I have ever been in my life. It allows me to live cleaner. I don’t mean that in a food sense, but in the sense that less crap means less clutter in my mental real estate. I find I can focus better, and am more productive, both with writing, and all the other things I need to get done.

Except today. I managed to shovel snow, and shower. And feed people. That was it. But generally, in the last month, this is what I’ve found – and I didn’t plan on it, I wasn’t aiming for it. But by clearing out the physical clutter, my mental clutter went down too.

There’s a lot of mental clutter in the world. Good lord, just go hang on Facebook for five minutes – it’s tough not to get distracted. I’m working on that too – and I’ll be honest, with my physical setting feeling less like it’s in disarray, I don’t feel the need to get all involved in other people’s social media. Unless it’s positive.

So the snow has been good for one thing, other than substituting for my workout today. It’s allowed me to think about the changes I’ve made, and how said changes are affecting me.

Now that it’s spring, take some time, and see what clutter you can toss. See what you don’t really need – if you read Marie Kondo’s book, she recommends tossing anything that doesn’t give you joy. JOY. That’s a strong word. I’ll tell you, it was hard for me. But I would look at something and think, Does this bring joy? If I had any hesitation, into the Toss pile it went. And I don’t miss it. We hang onto crap, worrying that we might miss/need it.

We don’t. Not usually.

Be brave. Be strong. Be HONEST. What brings you joy? If you’re sitting there, glancing at something that doesn’t, get up now, and go make a Toss pile. Then go tackle a small area that’s been driving you mad, and bag it up. Put it in the car, even.

And get rid of it.

Check Out These Other Indie Authors! 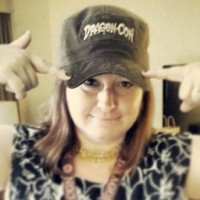 Writing From The Top of The Street.

A Good Blog is Hard to Find

4 out of 5 dentists recommend this WordPress.com site

Shit happens. Kick dirt over it and move on. Life's too short. Live.

How To Write And Self-Publish Your Book

A Step By Step Guide With Sister Abigail

explore ways to win the wars waged within the mind

where would-be writer works with words

Reports from my somewhat unusual life